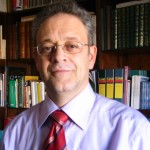 Bianciardi
He graduated cum lauda in Biological Sciences in 1978 and cum lauda in Medicine and Surgery in 1999 at the University of Siena. He received the PhD degree in Experimental Medicine: Atherosclerosis in 1988. Since 1990 he had his employment at the Institute of Anatomia e Istologia Patologica, University of Siena where he is now working in scientific research. Present position is as Researcher (Ricercatore Confermato, Professore Aggregato), Dpt. Medical Biotechnology.
It was member of the Comitato Ordinatore della Didattica (CdL Tecnici Laboratorio Biomedico)
member of Gruppo di Riesame (CdL Tecnici Laboratorio Biomedico). Currently is member of the Presidio di Qualità dell’Ateno (PQA).
At present (since 2001/2002), he teaches “General Pathology and Phisiopathology” , “Microbiological Techniques” (CdL Tecnici di Laboratorio Biomedico, CdL Fisioterapia, Medicine and Surgery Faculty, University of Siena) and since 2005/2006 “Scienze Tecniche Di Laboratorio Biomedico, Corso di Laurea specialistica Scienze delle Professioni Sanitarie”, since A.A. 2008/2009 he teaches in 4 Scuole di Specializzazione: Microbiologia, Biochimica Clinica, Anatomia Patologica.
since A.A. 1996/1997 to A.A. 2002/2003 and since A.A. 2008/2009 at to-day, “Teoria del Caos: caos, frattali, vita nell’ universo”(Chaos, Fractals and Life in the Universe) for Medical Students of the University of Siena.
since A.A. 2009/2010 “Manipolazione Bioenergetica” (Non conventional Medicine) for Medical Students of the University of Siena
Since A.A. 2005/2006 has been Relatore of 19 Thesis (Laurea Specialistica), 16 of which on Quality in the Hospital.
Since 1975 to 2013 (march) he has produced #341 works (#107 papers, #58 proceedings and other books, #4 books, #131 abstract, others), from which #72 works are on international papers (PubMed & ADS, online). Impact Factor: 103.4.
His scientific interests in Clinical Pathology/Biomedicine (in particular at morphological and morphometrical level): natural history of Atherosclerosis, activation of platelets, leukocytes and endothelial cells. Currently: Physics of Chaos applied in pathology, developing applications of fractal geometry and other non linear analysis to the study of tumors, atherosclerosis-related diseases and of hereditary diseases and developing applications on nonlinear analysis of pulse oximetry and heart rate in human pathology. In order to obtain new diagnostic and prognostic markers in human pathology.
In order to validate non conventional medicine new original approach nonlinear-based of pulse-oximetry and heart rate.
His interests are also towards Astrobiology in his links to Biophysics and Astronomy: theoretical approaches to the origin of life on Earth and research concerning the presence of life on the planet Mars, as reasearcher and also as popularizer. He is Editor of “Astronomia” and he is a writer on the monthly review “Coelum” and “La nuova Ecologia”. He has published 3 books in Italian language regarding popularization of exo-astrobiology: “La vita oltre la Terra” (ed. Cuen, 1998) and “Marte. Un viaggio nel tempo e nello spazio” (ed. Il Castello, 2006), “Moonbook69” (2011) and chapters on other 2 books of the same argument. He is, since its born, at the European Workshops on Exo-Astrobiology, presenting original papers.
A National Commision awarded him the “Leonardo” prize (2010) for Scientific Popularization (Città di Salerno). An international Commission awarded him the minor planet 55418 (“Bianciardi”), mentioning his works concerning Research and popularization on Astrobiology.
He is Vice-President of Unione Astrofili Italiani, Director of the Astronomical Observatory of Montarrenti (Siena), Editor of the paper “Astronomia”.